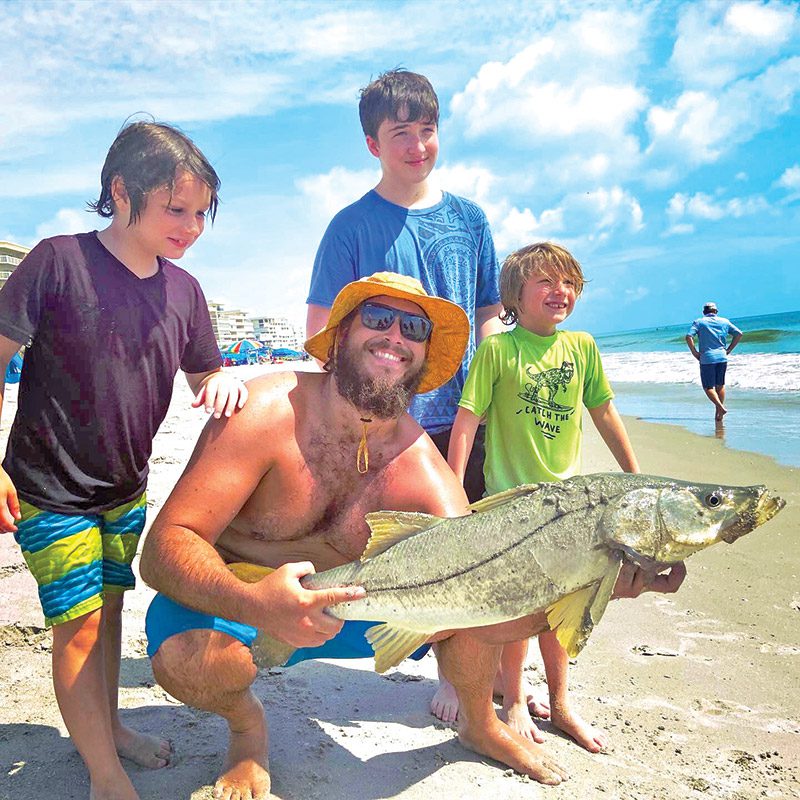 July surf fishing typically holds trophy catches for those looking for large snook and tarpon. The summertime surf conditions create a perfect scenario for these predatory species to roam the beaches feeding on baitfish. July and August are personally my favorite times of the year to target them with live bait and artificial lures. Included with snook and tarpon, we’ll see great catches of whiting, croakers and pompano. With that being said, the shark fishing will continue to be a great addition to anyone looking at hooking blacktip sharks as well. 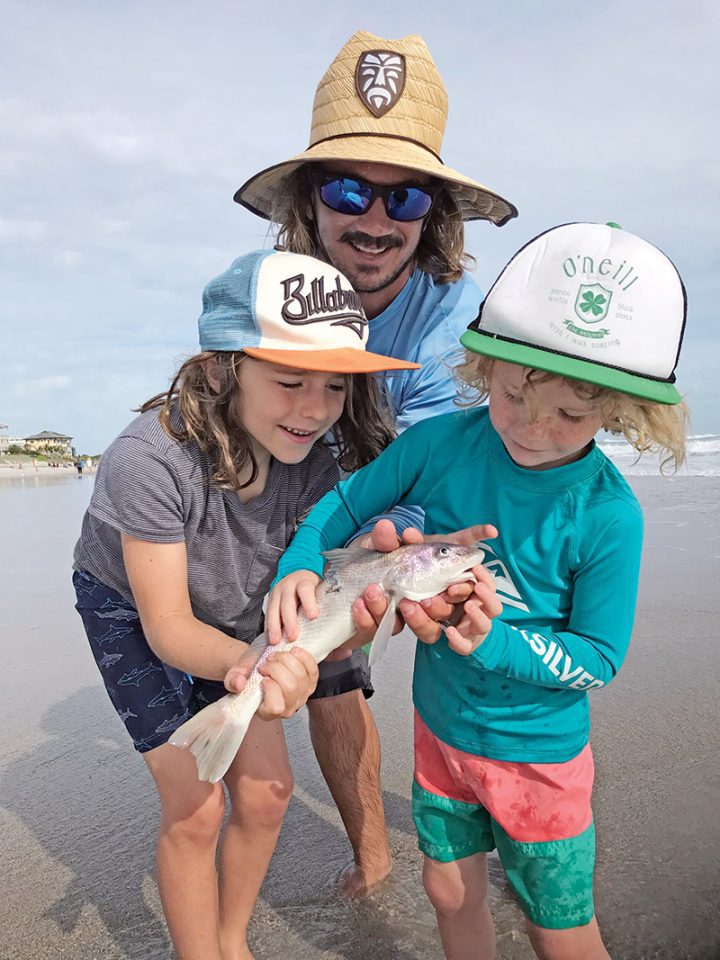 The name of the game during the summer months is to get out early or later when the temperatures aren’t scorching hot. These feeding periods will consist of snook and tarpon crashing baitfish in the first and second trough. Live baitfish including mullet and croakers, either freelined or rigged with a split shot, generally see the most success. Another great way of targeting snook or tarpon will be to enact the use of swim baits, bucktails or suspended plugs casting diagonally to the shore with a steady retrieve. It’s worth mentioning that large breeding snook, as well as all tarpon, should be handled with care; implement a quick release with an emphasis on minimal exposure out of the water.

Pompano fishing this time of year usually doesn’t make the headlines, but it’s worth noting that our resident pompano will be out in force. The key to having success will be for those surf fishing anglers willing to seek out the clean water and runouts. Surf fishing near Melbourne Beach north to Cocoa Beach should have tight concentrations of fish throughout the Space Coast region. Pompano rigs with shrimp or clam flavored Fishbites combined with live sandfleas or fresh peeled shrimp will have the most fortune.
By far the most active species during the summer months are whiting and croakers. At times, the bite can make for nonstop action reeling one in after another, often with two on at once! A great way to repurpose the croakers are to rig them on a live bait rig with a fish finder setup on a one- to two-ounce sliding weight and recast in the first trough. Beach fishing charters catching loads of whiting make for a great family fun experience and, on top of that, whiting make phenomenal table fare. Every one that hits the shore looks like a fish taco to me!

In conclusion, consider heading to the beach for surf fishing fun in the weeks and months ahead. Diversified setups with pompano rigs and live bait rigs will have you covering all your bases for snook, tarpon, whiting, croakers and pompano. If you’re feeling extra ambitious, get a large chunked bait rigged up for the shark fishing scene that is sure to be a hit. Get out on the shore before work or after work to enjoy the height of this summer surf fishing season.