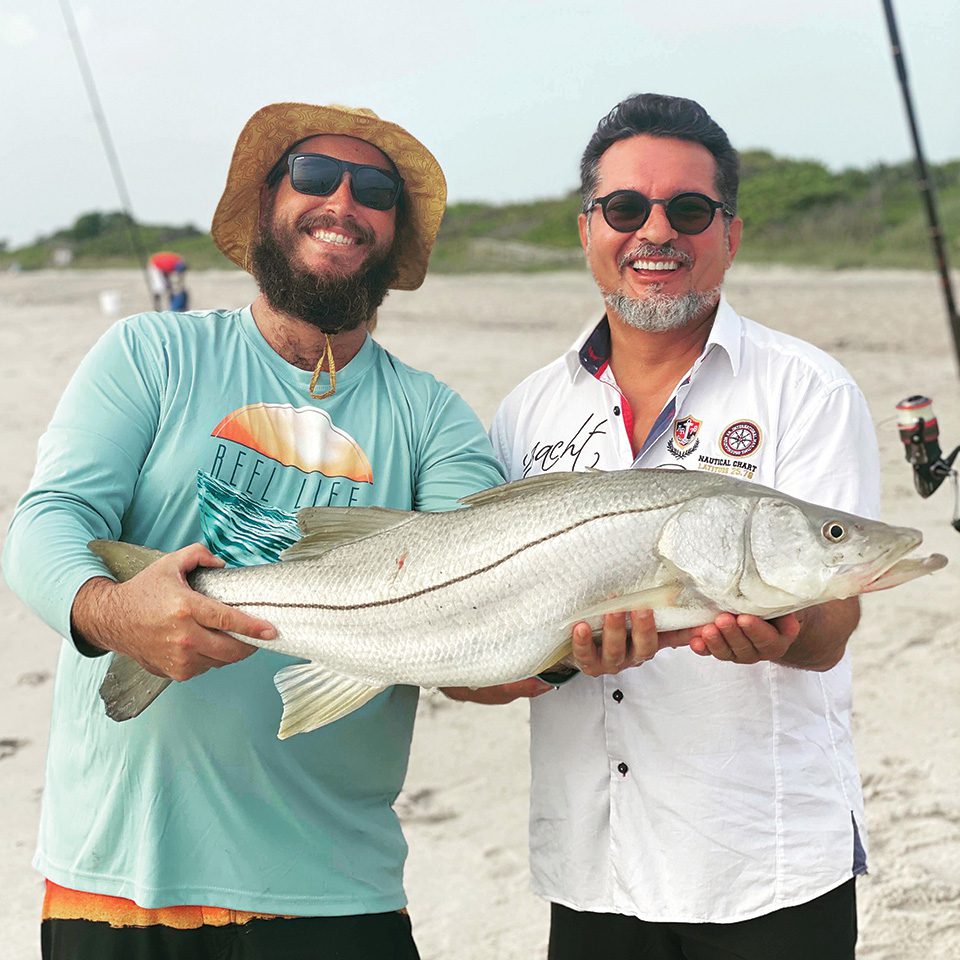 One of best times of year to catch snook in the surf, October holds the combination title with September for the peak of the mullet run along the Space Coast. Throughout the Central East Coast region, mullet and other baitfish will be pouring down the beaches. With that being said, the predatory fish including snook and tarpon will be acrobatically attacking this once-a-year phenomenon.

Depending on the annual waves of migratory mullet, each week will hold alternating peaks of heightened fish activity. The preferred method for targeting snook in the surf will be a gorilla-style surf fishing approach. Armed with a single casting rod in the 7- to 8-foot range and reel sizes of 4,000 to 5,000 series. This light and mobile attack leads to a strategy that gives the angler freedom to move along the shores with ease. 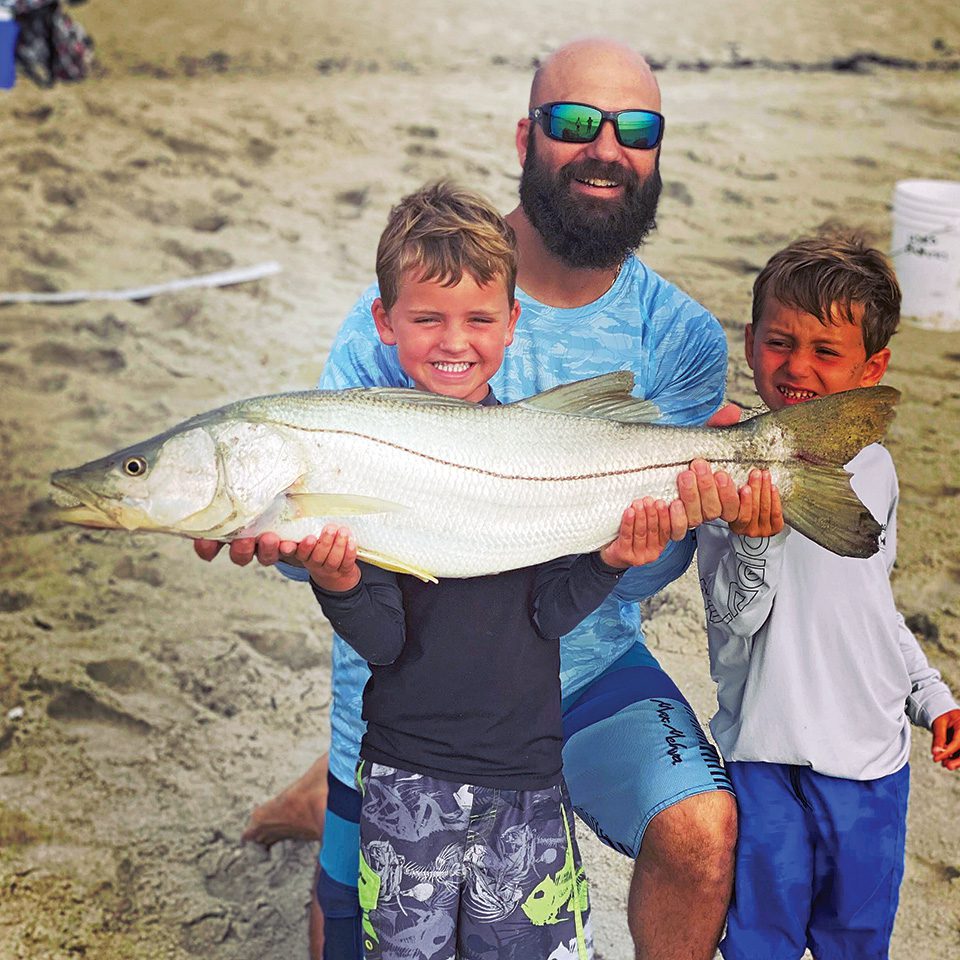 Swim baits, jigs, plugs and live bait are the preferred choice when rigging your light tackle casting rods. Often times, I will begin my search for targeted areas by approaching several beaches and looking for crashing birds, exploding baitfish or surging snook crashing the shores. One of the beauties of this specific fishery is the fact that it can be so visual with the sight of aerialist snook and tarpon leaping from the water. This sight can be easily depicted, making a focused attack easier to come by.

Not only will the snook and tarpon be in full swing, but we also start to see pompano pushing into Brevard County waters. The real pompano activity doesn’t start to heat up until November, but some of the first schools may appear on northern beaches. Pompano rigs with clam and crab flavored Fishbites tipped with fresh shrimp or sandfleas will hold success for most catches. Hopefully the seaweed and slime we’ve been dealing with cleans up enough to aid most surf fishing anglers in their endeavors.