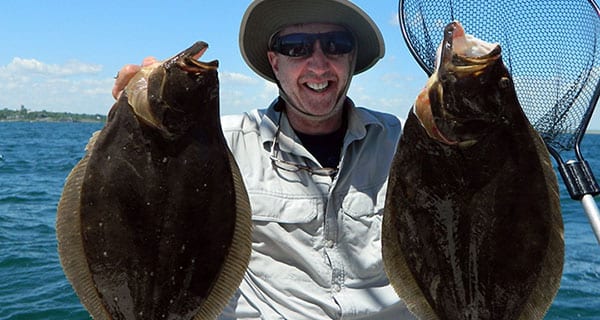 Fluke Til Ya Puke has become the biggest Fluke Tournament in the world, with over 1600 anglers expected to participate in this one day event. If you haven’t fished this tournament before, or even come to the weigh in, you need to come down and see what the excitement is all about!

Based out of Point View Marina in South Kingstown, RI, the 14th Annual Fluke Til Ya Puke Fishing Tournament is scheduled to take place on Saturday, June 15, with the Captain’s meeting and in-person registration taking place on Friday, June 14, from 6:00 – 9:00 PM. The entry fee is just $55.00 per adult angler, $45 for anglers 12 and under. As part of your entry fee you will receive a free Fluke Til Ya Puke Tournament T-shirt, all you can eat and drink at the BB which features a live band, raffles, tackle give-aways, rod and reel combos, prizes, and a Grand prize of $5,000 for the biggest Fluke.

We have added a $500 Grand High Stakes Calcutta this year! Plus, we have the woman’s division and kayak division returning for the 2019 tournament. This one-day tournament offers tons of fun for families, beginners and the most experienced of anglers. As anxious anglers and on lookers get to see every fish weighed in on the stage, in front of a huge crowd! Fluke Til Ya Puke offers the biggest payouts of its kind between the Grand Prize and Calcuttas for any Fluke tournament anywhere! The free T-shirt, weigh-in and after party is worth the entry fee alone featuring a live band and all you can eat and drink at the BBQ.

The tournament has statistically grown 100 – 150 new anglers every year and the reason is simple: it’s a fun day and anybody can win. If you haven’t fished Fluke Til Ya Puke before, come see what the excitement is all about!

For more information, to register on line, or to download the rules, please visit FlukeTilYaPuke.com or call Captain Brian Bacon at 401-243-7046 email, brian@biggamefishingri.com.