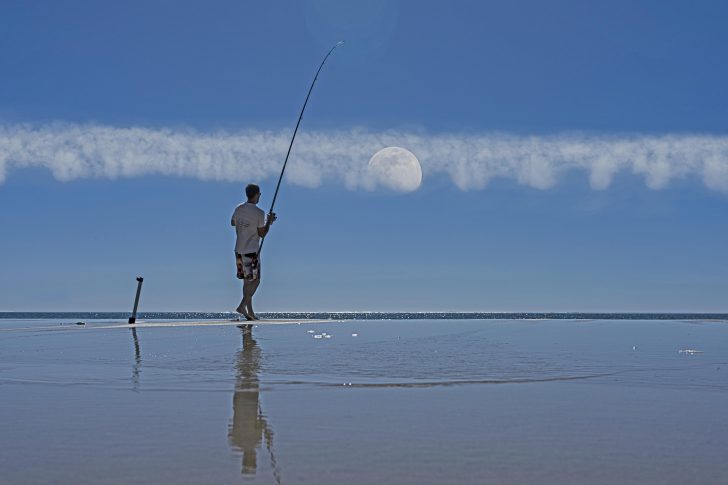 Many anglers, novice and experienced alike, stack up on the beaches surf fishing with long rods and big chunks of cut bait in hopes of landing the sought after bull redfish.

This species is known by surf anglers to be the most prominent in the surf during fall months from late September through November, also known as “the running of the bulls”.

Although most surf anglers target bull reds during this time, you can learn to be successful year round.

Many of the big bull reds go offshore during the winter months but not all, if there is a food source they will stick around. They primarily stick to deeper water but they also like areas that have hard structure. 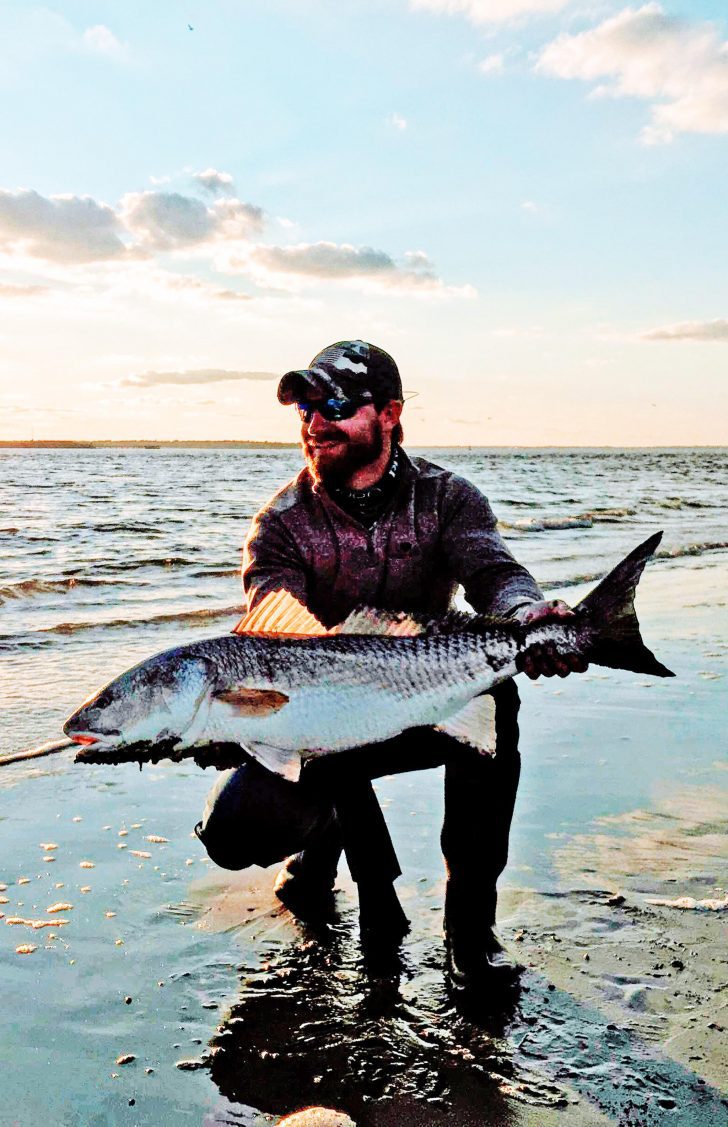 Look for areas with ledges or rock formations such as jetties. Choose to go in the early morning or late evening with a high or low tide. Bull reds like choppy moving water so avoid slack tides.

Your choice in location is just as significant to being successful at landing bull reds..

Your choice in location is just as significant to being successful at landing bull reds as is choosing the right gear. 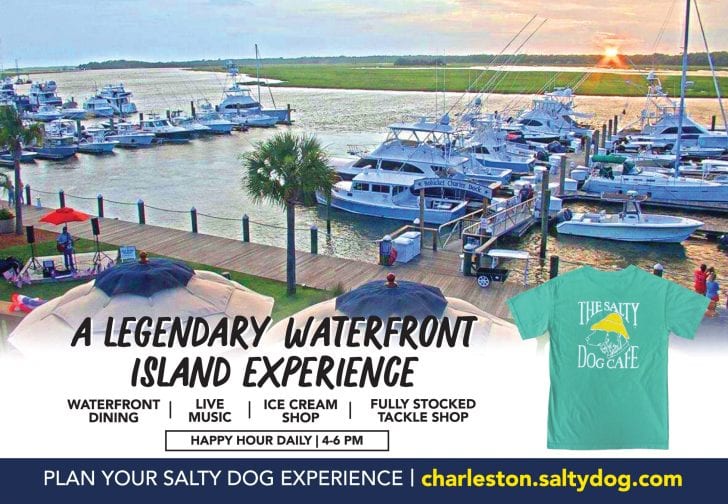 Looking for a different local restaurant experience? We recommend trying the Salty Dog Cafe at Bohicket Marina, sit on their deck and enjoy beautiful sunsets over the lowcountry! click above for more info

The next step is bait selection which is simple, but should not be overthought. Big mullet 12-16” in size are best.

This size mullet is ideal cut bait for the hook size that you’ll be using. In addition, bigger mullet have tough skin which will stay on the hook longer in the surf. 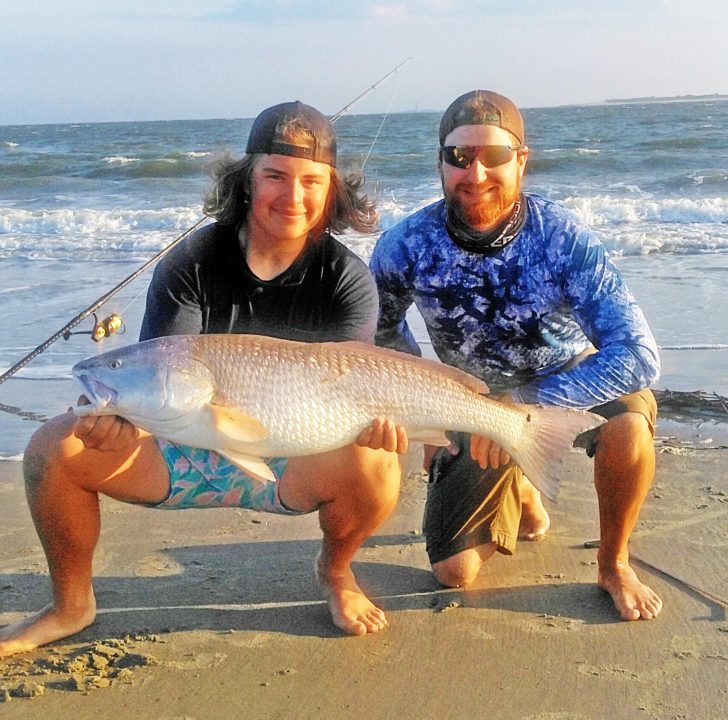 Other baits that can be used to catch bull reds include dead shrimp, whiting, blue fish, bonita, blue crab, manhedien, and boston mackerel.

With the right setup, a good location and proper casting techniques, it will allow you to reach areas where bull reds like to hang out.

Bull redfish are a hard fighting trophy fish and very rewarding to catch for any surf angler.

Float your way to fishing success 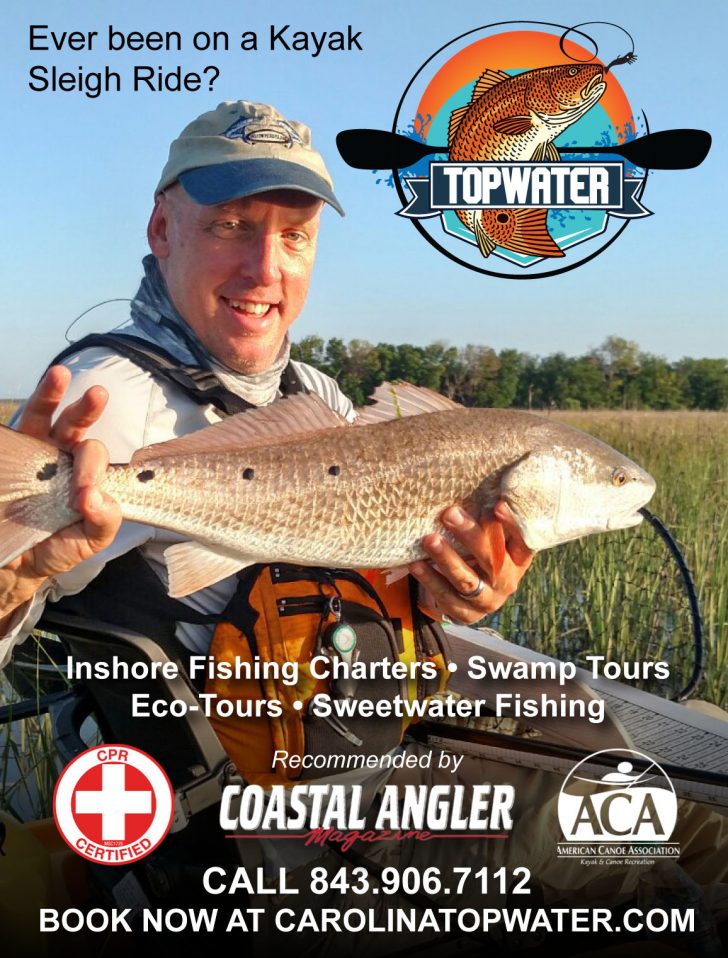 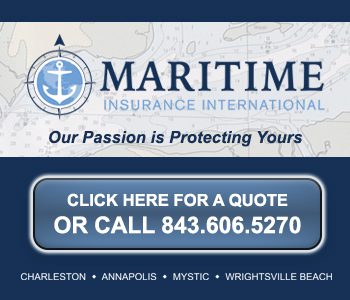