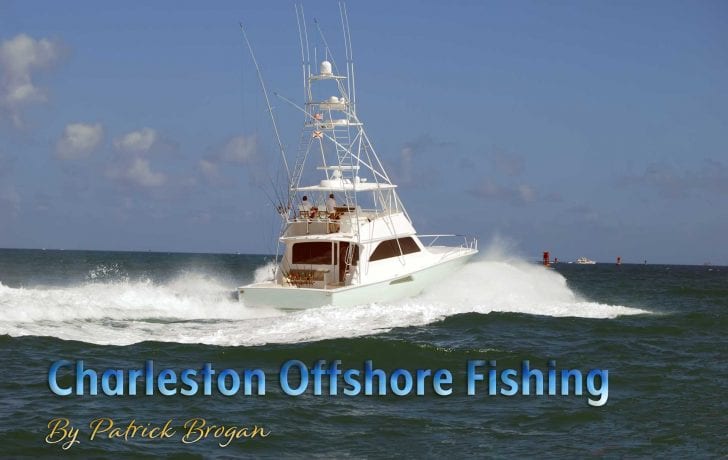 During the month of August in the Lowcountry the scorching weather brings plenty of offshore action.

The warm water temperature brings sailfish in numbers, anglers can also get multiple shots on blue marlin in a day.

The Dolphin bite has slowed down by August but boats can still find plenty of meat to put in the box Wahoo fishing. 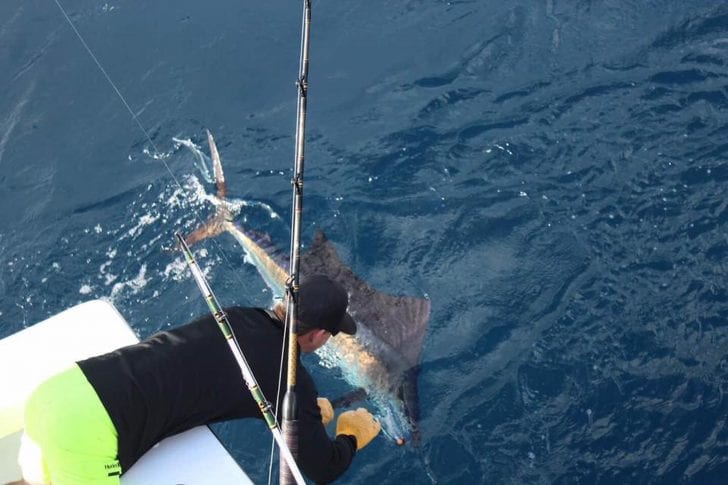 During this time there is also always an abundance of species on the ledge to target bottom fishing.

With water temperatures red hot it’s time to get out the dink ballyhoos and circle hooks, it’s not uncommon to get over 10 shots on sailfish in a day.

I always like to have a pink squid dredge out and ballyhoos behind my squid chains.

When there is one sailfish there is always more around

When there is one sailfish there is always more around. Sailfish numbers come from throwing the boat in a turn, multiple fish can be caught in one turn.

Don’t forget about those pitch baits, it’s not uncommon to see multiple blue marlin in a day also.

During this time there are a lot of smaller blues around also ready to pile on those dink baits.

Although the Dolphin fishing has slowed down tremendously by this time the wahoo fishing is a good way to get some meat. 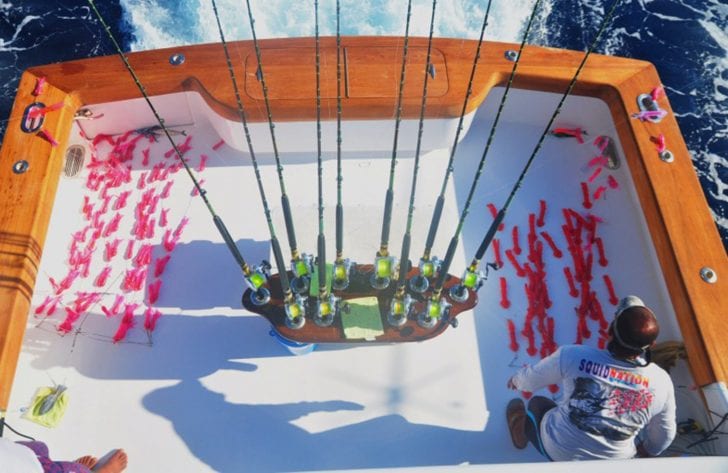 A mullet or a big ballyhoo down on a planer rod is always a good way to find a wahoo on the ledge.

An effective way to cover some water and find some big wahoo is high speed trolling.

Running 3-4 rods with cigar leads and heavy islanders, cowbell lures, or jet head lures is irresistible for these toothy critters.

If the bite isn’t hot on top it’s time to drop, there is an abundance of bottom species to target if the trolling action is slow.

Dropping down in 150 feet of water using squid you can find plenty of Vermillion Snapper, Silver Snapper, Porgys, and Grunts.

I always like to have some hearty live bait, my favorite being a blue runner, to drop down for a grouper.

Scamp Grouper, Gag Grouper, and the occasional Yellow Tail Grouper are the species you can expect to catch.

If you push out a little further to 250+ feet you can get a shot on some big Snowy Grouper.

Whether you’re going to string a rigger with sailfish flags or fill the box bottom fishing there is plenty of August offshore action for anglers in South Carolina’s offshore waters.