It is July in the Lowcountry and things have heated up. It is that time of year to throw on the tanning lotion or sunscreen, find a way to have fun and cool down at the same time.  For inshore anglers, surf fishing can be one of those things.

Some fisherman find themselves reluctant to fish the surf, usually due to an attempt with little success or just experiencing bad location.

After all, not everywhere on a beach can be successful when it comes to surf fishing.

The first thing one would have to know when it comes to the Lowcountry is that our beaches, like Isle of Palms, Folly, Sullivan’s Island and Edisto, consist of mostly sand, mud and clay. 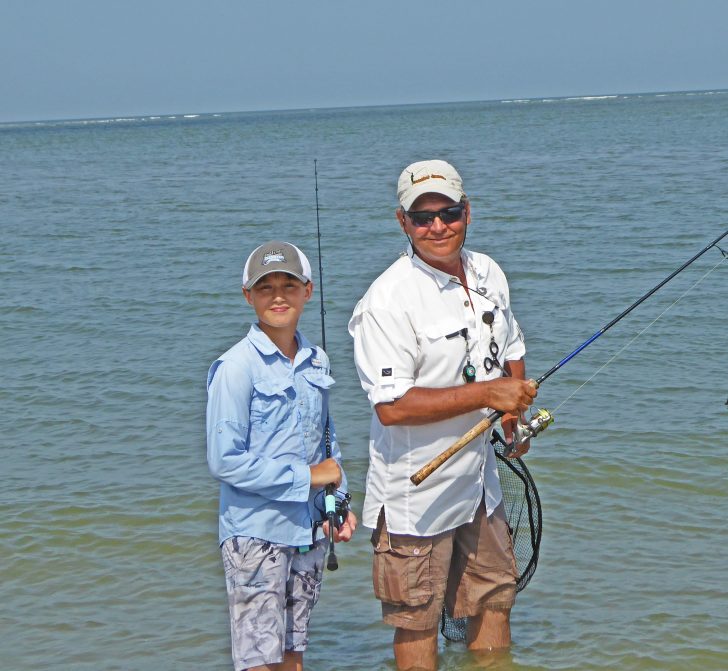 They lack a lot of structure, like reefs, natural rocks and caves that would be considered ideal habitats that attract fish.

There are some locations that do have deep holes and drop offs, which are usually caused by strong currents digging into the mud and the sand.

They have been known to change yearly in the Lowcountry due to the soft sediments. As you move up the coast of the U.S., a lot of beach structure changes.

If you know what to look for around our local beaches, you can have a great day of fishing

There are rocks, caves and drop offs that are natural to the environment, which create a fantastic eco-system and make it easier to target a lot of game fish.

But, do not get me wrong, if you know what to look for around our local beaches, you can have a great day of fishing. I am going to try to help you do just that.

One of the things that South Carolina has along some of its beaches is jetties. These jetties are man-made piles of rocks stretching out off the beach into the ocean.

These jetties are designed to reduce beach erosion from the continuous battering of waves and water current, but they also become an eco-system.

Crustaceans start to grow on them, like mussels, barnacles and oysters, you will even see small groups of soft and hard coral as you move deeper into the water.

This makes a perfect place for small fish, crabs and all kinds of life to move in like a new apartment complex.

This starts to attract larger species of fish that are going to want to take advantage of this and target not only all the small types of fish, but the crustaceans as well.

The other thing to know about these jetties is that as the tide moves in and out during its high and low, the water flow crosses the jetties, and when doing so, it creates an eddy on one side of the jetty.

An eddy is a large portion of water that starts to circulate, like a whirlpool

An eddy is a large portion of water that starts to circulate, like a whirlpool, and in the center of the whirlpool, like a hurricane, is a large circle of calm water where it holds debris.

This includes a lot of organic matter, like deceased fish, shrimp, crabs and plant life.

This eddy also becomes a great resting spot for schools of small fish, like Mud Minnows, Finger Mullet, Glass Minnows, etc., to rest in a calmer body of water after battling the fast tide.

When doing so, the larger fish, including a lot of our targeted game fish, are quite aware of this and move in and feed.

Flounder will lie at the bottom of this eddy, pop up and grab anything it finds on its diet that moves into its strike zone.

Red Drum will swim in and scuff around frantically to grab anything on its diet, dead or alive.

There are common baits that almost all of these species feed on together and shrimp is the most common, hint hint. Live Mud Minnows and Finger Mullet work fantastic as well.

There are also other things to look for when deciding to surf fish. If there are connecting rivers that flow out into the ocean off of the beach.

You may also enjoy reading Trolley Rigging For King Mackerel

These locations are perfect for targeting all the same species mentioned above.

These rivers become a freeway for fish to move from the beaches up and down the river, which is very important for the life cycle of these fish.

This means they have to travel to these locations, as the tides move in and out of the rivers and into the surf, it creates very large eddies. 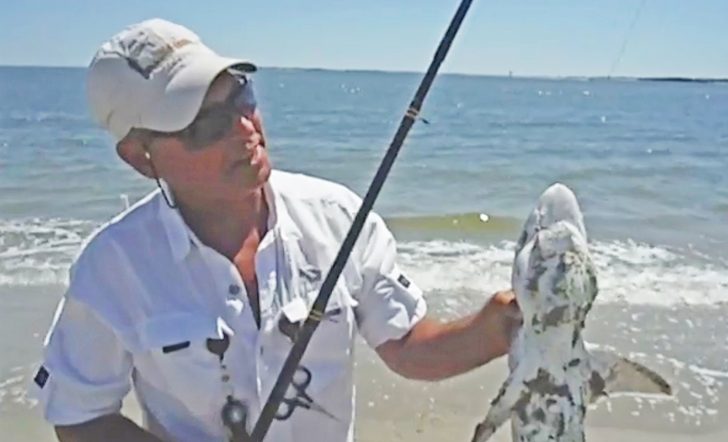 These eddies are created off of the right and left sides of the beach that it is entering, creating the exact same effect that I explained above.

So, if you sit, fish and wait at these locations, it is kind of like a Lion waiting at a waterhole in the middle of Africa.

The other animals have to arrive to drink at some point, and knowing when they arrive is another story!

Sharks are very abundant along our beaches in the Lowcountry

Just remember that it is common to find Flounder, Red Drum, Bluefish, stingrays, etc., in the surf at certain times, and of course, shark…shark…SHARK!

Sharks are very abundant along our beaches in the Lowcountry, so catching them, either accidentally or by targeting, is quite popular.

But, after learning how to locate the proper locations I described above, it will make blind casting in the surf a thing of the past.

Like I always say, good luck out there and have fun fishing! To view some fishing adventures, go to my YouTube Channel “Fishing with Jiggin Jerry” or www.jigginjerry.net.