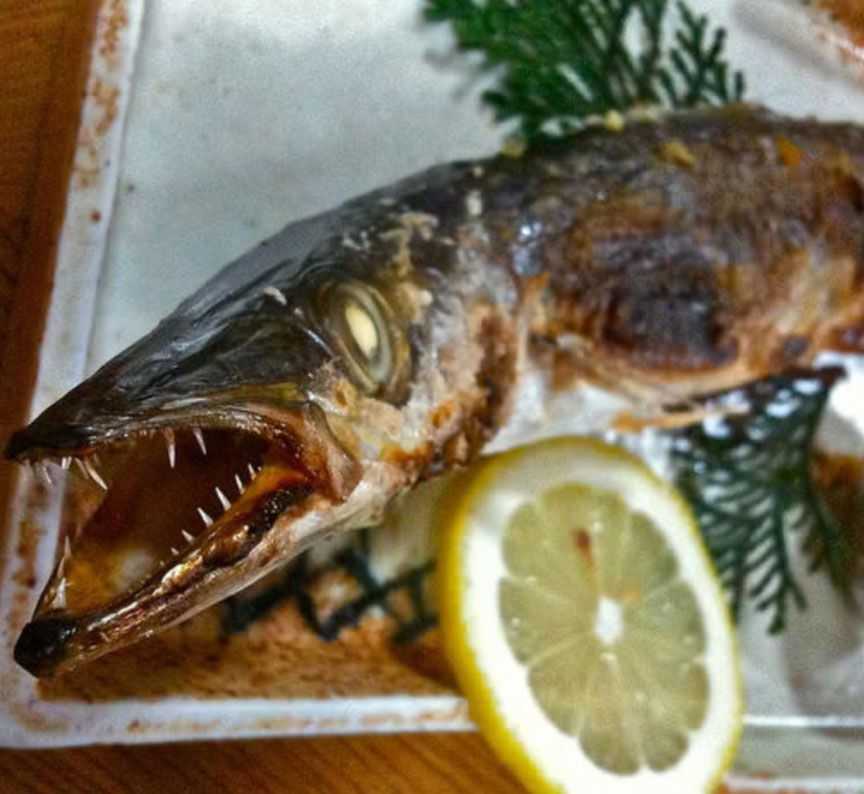 Barracuda on the menu

A barracuda has a fierce reputation that matches its looks. An ugly-mugged scavenger that patrols the reefs, it doesn’t look appealing (to me at least) in any way.

In Barbados, barracuda feast predominantly on ballyhoo, which our guides tell us gives them a great flavor. As Mike told our captain, “the only experience I’ve had with barracuda was when they’ve chased me out of the water.”

Well, it was payback time. Mike landed 7 beauties which had first mate Ryan rubbing his belly. He described his favorite, but simple recipe.

Can you really eat barracuda? We had heard they were dangerous with marine toxins.

According to Captain Rob and Mate Ryan, barracuda are a staple fish in Barbados, enjoyed by locals and tourists alike. According to Ryan, the difference is you catching barracuda in waters surrounding coral islands like Barbados (vs volcanic islands.) While we can’t guarantee that story, we wanted to share to recipes and stories.

Barracuda has a texture similar to cooked swordfish. It’s low- cal and packed with protein and omega-3 fatty acids. While Atlantic or Caribbean can carry ciguatera poisoning, which they pass on to the people who eat them, most distributors in the U.S. sell Pacific barracuda. However, there are no laws prohibiting the sale of Atlantic Barracuda as food, and some seafood sellers mislabel the fish as king or mackerel. This is definitely a case of knowing your source!