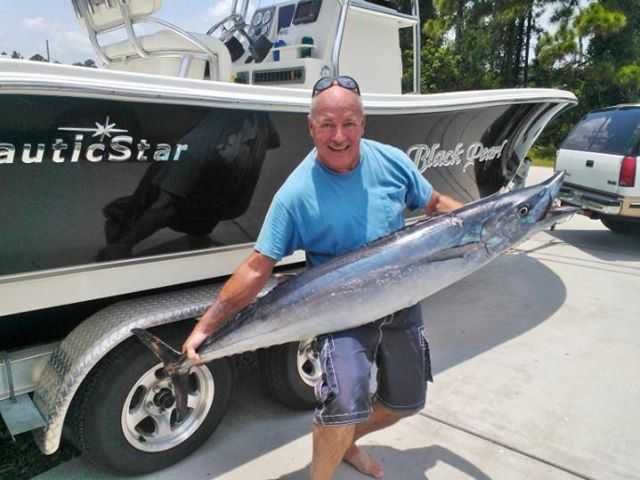 Michael Franze had some wahoo fun out of the St. Lucie Inlet. Slow trolling at 1 knot in 80 feet of water hoping for a king, landed this instead. Michael and his wife, Diane, were trolling for 10 minutes when the ‘hoo hit a naked ballyhoo at 20 feet deep on a planer. They tangled with this 62-inch long, 28-inch girth, 65-pound monster for an hour before landing it, which including chasing the fish down a few times to keep him from spooling the reel. Congrat’s Michael and Diane. Bet those wahoo steaks were great on the grill!

How to Pick the Right Speargun Length