The Backcountry Fishing Association’s September tournament took place Saturday, Sept. 5, with 28 participating boats. The day was hot and the fishing was slow: 10 trout, 11 redfish and 1 snook were brought to the scale.

Drew Deck and Jesse Howell took first place with a 9.49-pound snook winning $525, as well as the snook Calcutta, winning an additional $150.

The father and son fishing team of David and Elijah Young placed second with a 4.40-pound trout and a 3.90-pound redfish, for a combined weight of 8.30-pounds, taking home $315.

The Engelmann brothers, Kyle and Tyler, brought to the scale a 5.74-pound trout and won $170 for the trout Calcutta.

Chelsea Hampson earned herself the title Lady Angler for the September tournament with a 3.47-pound redfish and received a Danco pliers gift set, which included a crankshaft aluminum plier, 4-inch bait knife, a 7-inch fillet knife and knife sharpener.

The Backcountry Fishing Association tournament is a nine-month circuit which runs from January through September, with a two-day Classic in October. The artificial lure only tournament gives two-person teams and solo anglers the opportunity to win cash and gain points.

Redfish, trout and snook (seasonal) are the qualified species.  Anglers attempt to bring one legal fish of each species to the scales for weigh in and live release.

Teams must participate in at least five tournaments to be eligible to fish the Classic which is a two-day event. The top five eligible teams with the highest accumulated points from the season are given a bye from day one. The remaining eligible teams compete on an elimination basis the first day, where only the top five teams of day one progress to day two to compete against the season point leaders for the grand prize and cash for the top four teams.

The last tournament of 2020, the October Classic, will be held on Saturday, Oct. 3 and Sunday, Oct. 4. A captain’s meeting will be Friday, Oct. 2, at Little Jim Bait and Tackle, 601 North Causeway, Fort Pierce, Fla. For more information, call (772) 342-0039, email backcountryfishingassociation@gmail.com or visit Backcountry Fishing Association on Facebook. 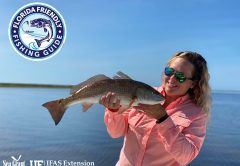 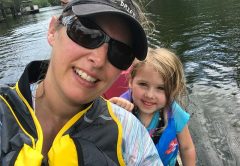 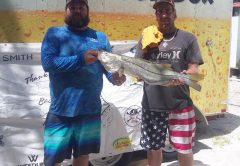