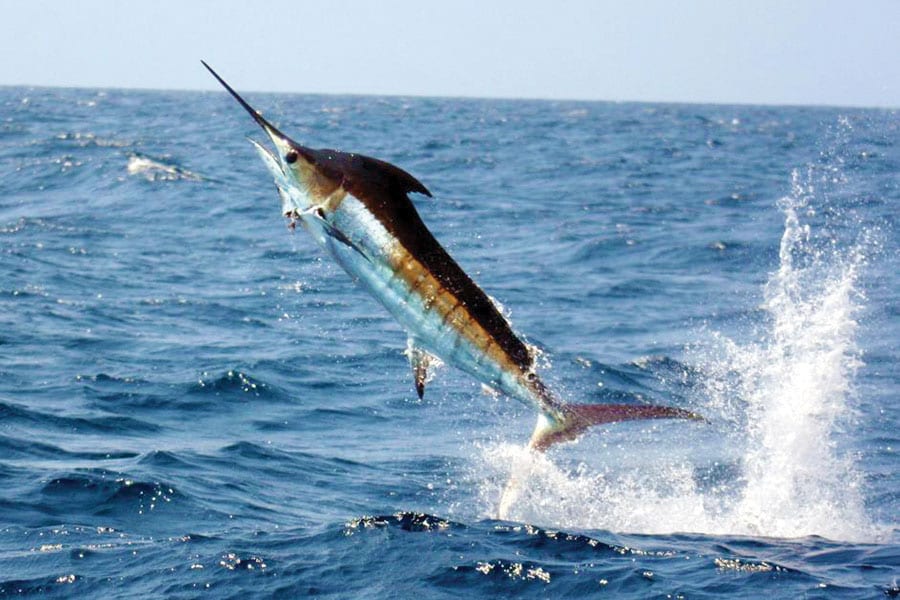 THE FISHING: If a giant marlin is on your bucket list, there may be no better place in the world to check it off than on the Kona Coast of Hawaii’s Big Island.

On the southeastern end of a 1,500-mile archipelago in the middle of the Pacific Ocean, massive shield volcanoes protect the leeward side of the Big Island from wind and rain, resulting in nearly perpetual calm seas off the Kona Coast. Three miles from land, the bottom drops into 6,000-foot depths while winds and topography create miles-wide cyclonic eddies that funnel nutrient-rich water up into the warm surface layers. These localized patches of biologically productive water attract big pelagics.

Within sight of land, there is the opportunity to catch six species of billfish, six species of tuna, ono (wahoo) and mahi-mahi, among others. The main drawing card is blue marlin… big ones. Kona lays claim to more than 80 blues heavier than 1,000 pounds over the years, and that doesn’t include all the granders that were released. More than half of all the granders ever recorded from the Hawaiian Islands were caught off the Kona Coast.