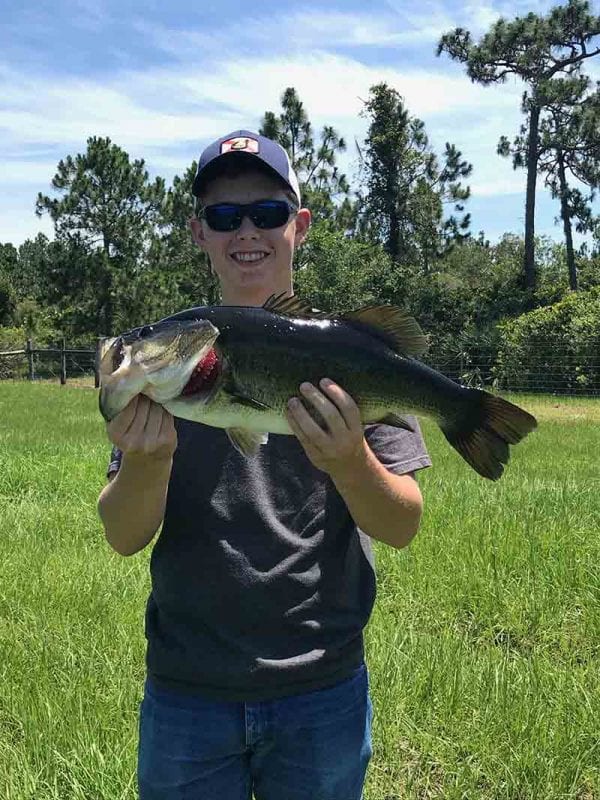 The calm and stable conditions that are the norm for July in the Sebastian Area give small boat anglers the freedom to roam both the inshore and nearshore waters at will. Timing is important if you want to fish a specific fishery or put together an all-day game plan with a good chance of staying on fish. The available summertime species include tarpon, snook, redfish, seatrout, sharks, bonito, king mackerel and jack crevalle. You can have an opportunity at them all if you have all day to fish, or just fish the right hour or two for the species you are after. Here’s how:

1)     If you get on either fork of the Sebastian River before dawn and watch the slick surface for rolling fish, you should get a shot at a good number of tarpon from a couple pounds up to 40 pounds. You can cast flies, plugs, D.O.A. Shrimp or Terror-Eyz jigs or you can flip or slow troll a live mullet.

2)     From daybreak throughout the morning, you can cruise within a few hundred yards of the beach outside Sebastian Inlet looking for pods of larger tarpon rolling. If you are on a quest for a big tarpon, you can cruise from Sebastian to Fort Pierce inlet, but watch the weather and be close to an inlet by noon to guard against afternoon thunder storms. Bring live mullet and be ready to sabiki up some greenies if you come across a school.

1)     The first few hours of an outgoing tide are historically the best time to find snook stacked up at the end of Sebastian Inlet’s north Jetty. Anglers fishing from boats and from the jetty have a great shot at catch and release action if they are using live croakers or pigfish.

2)     Fishing the docks and deeper water mangrove shorelines of the lagoon and Sebastian River can put you into hand to hand combat with snook of all sizes throughout the day. This is a great mid-day alternative if the weather doesn’t allow you to venture into the ocean.

1)     Find the mullet on the flats early and late in the day and throw top-water plugs and jerk-baits. After nine a.m., move to deeper water around spoil islands using jigs and live pigfish or switch gears altogether and fish for something else.

1)      Slow troll live mullet or greenies over hard bottom areas within a few miles of the beach. A simple downrigger set at mid-depth with a five-pound ball and release clip makes this ten-times more productive. The greenies usually don’t show on the surface until after eight a.m., but only stay up until about ten a.m., so this is a good option if you sleep in or want to try some trout or tarpon first.

2)      Look for bait pods or surface activity and troll around them or cast live baits, flies, plugs or jigs at breaking fish.  Keep the lures under three-inches long for bonito and Spanish macks.

Do one or do it all, but keep in mind that afternoon thunderstorms are common in July and I always like to be close to safe harbor by one p.m. 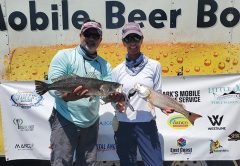 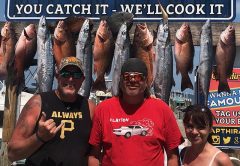 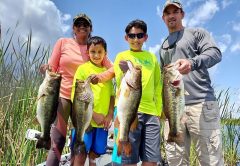 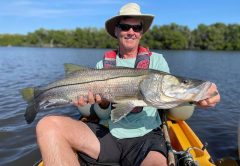