The Stuart Sailfish Club Foundation will hold its 67th annual Light Tackle Sailfish Tournament Dec. 9-12. Anglers will compete for cash prizes and dailies. The tournament will benefit the Humane Society of the Treasure Coast and Victory Leidner, who is fighting cancer. Victory is the daughter of one of the Treasure Coast’s own local captains, Billy Leidner.

Early entry fee, paid on or before 5 p.m. on Nov. 25, is $2,500, and includes captain and four anglers, and up to four lady anglers for the Club’s Ladies Day Tournament on Saturday. After Nov. 25, the entry fee increases to $3,000. Meat fish—wahoo, tuna, kingfish and dolphin—will be included in this year’s event.

Anglers participating in the Ladies Day Tournament may depart from inlets from Lake Worth Inlet to Fort Pierce.  Dead or live baits may be used in this tournament.

Light Tackle Tournament registration will be held Wednesday, Dec. 9, from 4:30 p.m. to 6:00 p.m.  A mandatory attendance captain’s meeting will be held the same evening at 6:15 p.m., followed by the tournament’s kickoff party.

The Awards Banquet will be held at Pirates Cove Resort and Marina, 4307 SE Bayview Street, Stuart, on Saturday, Dec. 12.

To register for the tournament, or to keep up with the latest tournament news, visit stuartsailfishclub.com/light-tackle-tournament. To sponsor the tournament or donate to the auction, call (772) 286-9373, or email Sailfish@StuartSailfishClub.com. 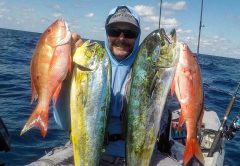 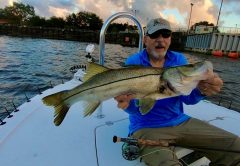 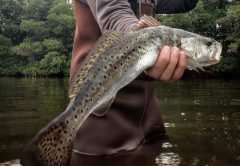 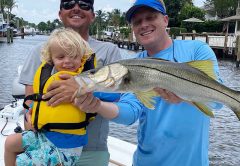