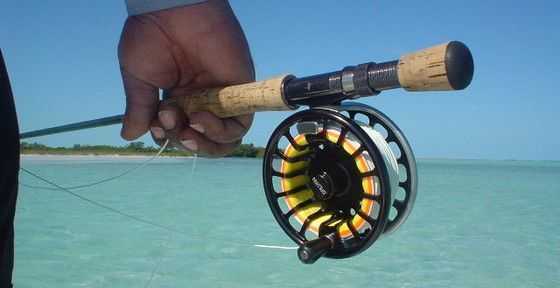 Most fishermen think of the fly rod as a casting tool rather than a fish fighting tool. Rarely, in most freshwater fly fishing situations, does the angler have to apply a great deal of pressure to subdue a fish or lift very large fish from deep water. However, when fishing in the salt with a fly the fly rod and how the angler uses it becomes a very important part of the anglers success in bringing a large saltwater game fish to leader.

If you have spent any time involved in the sport of conventional saltwater fishing, you will have observed, I’m sure, that the best anglers on a charter boat will always bring their fish to gaff with as little fanfare as possible. These guys move fluidly, keeping constant pressure on the fish as it takes them around the boat, sometimes twice, all the time keeping one thing in mind—bringing that fish in quickly. You may also have noticed that their rod tip digs deep into the water as they reel in line, each dig followed by a short lift of the rod tip, while using their legs when lifting the fish up from the depths. This technique termed the “short stroke,” is a technique not limited to the conventional fisherman for it serves as well as the best way for a fly fisherman to fight a blue water game fish.

There are three key elements to the technique.