By Ed Killer, for CAM

“How can some days be so easy, and some be so difficult?”

Then, he answered his own question: “Well, that’s fishing.”

The weekend of Dec. 4-6, Doerzbacher led his team to 17 sailfish releases to take the win in the 33rd annual Classic. The fleet of 18 boats tallied 102 releases during the weekend across three days where the fishing was really good one day, but perhaps not so hot the other two.

Nearly half the sailfish caught by the fleet – 49 – showed up on Saturday. That’s when Ty Me Up won the first of the team’s two daily awards with 10 sailfish caught.

“It was a nice day Saturday, with a light westerly wind,” Doerzbacher said. “I know most of the guys around here don’t like those winds, but I never really believed the fish don’t bite on the westerlies.”

Doerzbacher said most of the fleet fished the first day south of St. Lucie Inlet. Only 23 fish were caught. So the second day, as a cold front was coming down the Florida peninsula, most ran to the north.

“We wound up going 10 out of 15 bites in 120-130 feet of water in a spot I’ve caught ‘em before,” Doerzbacher explained. “It was a calm day and we caught sails, dolphin, blackfin tuna, bonitos, kingfish and sharks.”

Sunday, of course the entire fleet went right back to the same spot. The sails, well, they either weren’t there, or just wouldn’t bite. Ty Me Up wound up top boat for the day with 5 sailfish to win comfortably. Game Changer led by Capt. Bryce Garvey notched a second place finish with 11. Lo Que Sea placed third, also with 11, but behind Game Changer based on time of last release. For both Game Changer and Lo Que Sea, the finish was the second consecutive event with top three finishes.

“When it’s working, it’s unexplainable,” Doerzbacher said. “But you don’t have success alone. I was fortunate to have good anglers and mates.”

Doerzbacher said he thinks the winter of 2020-21 is going to be good for sailfishing. He could be right, but then again, that’s fishing. Ty Me Up is available for charter out of Hutchinson Island Marriott Marina in Stuart.

Ed Killer is the outdoors columnist for TCPalm.com along the Treasure Coast and contributes to the USA Today Network of newspapers in Florida. Follow him on Facebook at Ed Killer or on Twitter and Instagram at @tcpalmekiller. 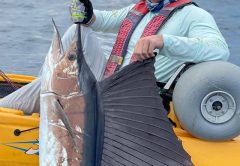 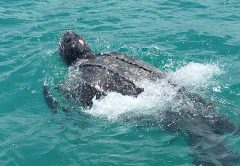 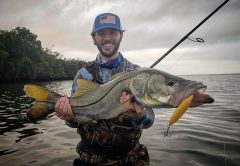 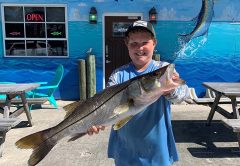